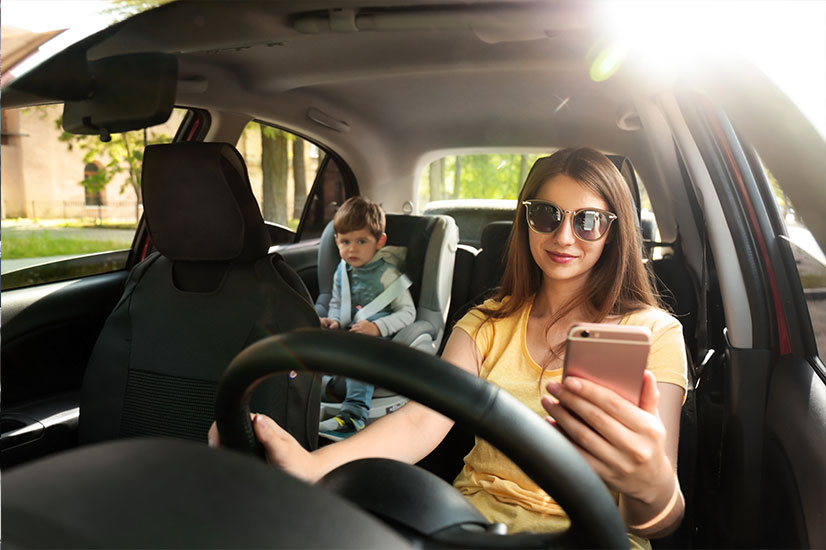 What Is Distracted Driving?

The National Highway Traffic Safety Administration (NHTSA) works to reduce the occurrence of distracted driving and raise awareness of its dangers. This risky behavior poses a danger to vehicle occupants as well as pedestrians and pedalcyclists. Driver distraction is a specific type of driver inattention. Distraction occurs when drivers divert their attention from the driving task to focus on some other activity. Often discussions regarding distracted driving center around cell phone use and texting, but distracted driving also includes other activities such as eating, talking to other passengers, or adjusting the radio or climate controls. A distraction-affected crash is any crash in which a driver was identified as distracted at the time of the crash. (nhtsa)

Whether it is someone talking on the phone in line at the grocery store or texting at the movie theater, cell phone usage is just about everywhere. In an emergency, a cell phone can be a lifesaver. Cell phone use while driving, however, is an entirely different story and studies have illustrated the increase in accident risk it creates.

An interesting stat is that handheld devices used while driving a vehicle is higher among women drivers than men drivers. It also found that handheld cell phone use continued to be highest among 16- to 24-year-old drivers and lowest among drivers 70 and older. (nhtsa)